Home > What's New > A Voyage to the Ahmednagar Fort
In India

A Voyage to the Ahmednagar Fort

Ahmednagar Fort is said to be a witness of the city’s 500 years of history. This fort is called ‘Bhuikot Killa’ meaning, the one built on the ground (and not on a hill).
On the eastern side of the city, a well built, the oval-shaped stone structure covers about 2 km of ground area and is surrounded by ditches (now dry) all around. This ditch is wide and deep and was earlier filled with water. It was also said that crocodiles were put in the ditch as they would act as a barrier for the invaders.
Nizamshahi  Dynasty:
In the year 1490, Ahmed Nizam Shah I (after whom the city is named), the founder of the Nizamshah dynasty chose the place, where he defeated the Bahamani General Jahangir Khan, as its capital.
Before the city was established completely he built, ‘Kot Bagh Nizam’ a structure made with mud, at the very place. which was the royal residence and administrative Centre.
In 1559-1562, Hussain Nizamshah, with the help of Portuguese engineers built the stone structure that stands today.
The fort is said to be well planned and built. As per one account, the fort has many tunnels underneath for safe passage in times of distress. The wall is about 30 feet in height and consist of semi-circular bastions, each 85 yards apart.
There are 22 bastions(buruj).  (Actual 24, as three bastions were combined making it the largest, known as tiheri buruj thus making the count 22).
This bastion was big enough for 100-200 soldiers to hide at one time and had a tunnel inside. It was built in such a way that one could hide and see out of the tunnel while it appeared normal from the external side. It is also said, that when India got independence in 1949, the flag was hoisted on this bastion.
Originally, it had two entrances, one on the western side (Hatti Darwaza), which was studded with nails to guard against elephants and second, the eastern suspension pool which was withdrawn in times of war.
The fort consisted of many palaces like Deewane Aam mahal and Deewane Khas mahal.
The Salabat Khan’s Tomb in Ahmednagar is mistakenly and commonly called Chandbibi’s  Mahal but in reality, the original palace of Chandbibi is inside the Ahmednagar Fort where she was regent of Ahmednagar Sultanate.
When Mogul attacked the fort in 1595-96, she fought bravely and defeated the Mogul. As per one account, the mogul forces broke the wall of the fort. Chandbibi, under her supervision, built that wall overnight.  The wall is still standing strong along with her name as a defender of Ahmednagar.
Mughul Empire:
However, in 1599, Chandbibi was killed by her men and sooner Moguls ruled the fort. The fort remained with Mughals till 1759.
In 1759 fort was captured by the Maratha Kings and then captured by General Wellesley in 1803.
From 1803 to 1817, many Maratha noblemen were kept as prisoners in this fort including Yesubai, wife of Chhatrapati Sambhaji Raje and also Kolhapur’s 4th Shivaji Maharaj.
During the Quit India movement, patriots like Pandit Jawaharlal Nehru, Vallabhbhai Patel, Maullana Azad, Narendra Dev were detained in this fort.
Panditji wrote his famous book, DISCOVERY OF INDIA in the fort during his stay. The leader’s block, where they stayed is still preserved along with some handwritten pages of the book.
In 1943, a third entrance on the northern side was built by the British to ease the passage, which is now used as a regular route. Currently, the fort is under military command and a part is used as a ration depo for the fellow militant’s but is open for the local public. The fort is now surrounded by a jogging track encircling the complete fort.
The very recent India-Bangladesh Sadbhavana rally started on 2nd October this year, celebrating the 50th year of Independence of Bangladesh initiated from this very fort.
Along with the beautiful carvings on the wall, the fort tells stories of countless wars and invasions, keeping the history alive. 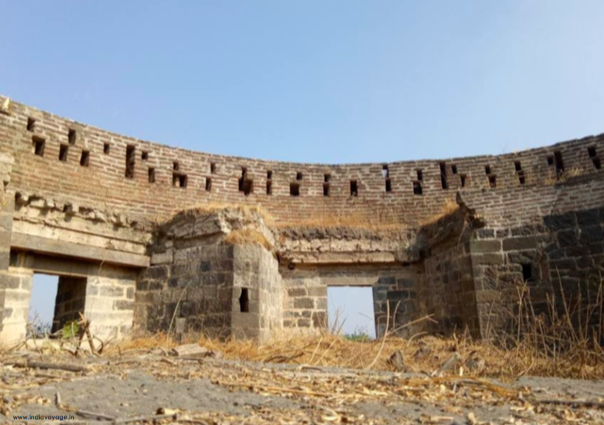 Invitations Like Never Before : P&M Designs by Tanvi Aggarwal

Indiavoyage, 1 year ago
Beyond Stories

Why do we celebrate Krishna Janmashtami?

SHEIN Returns To India, through Amazon